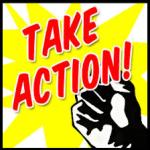 At the August meeting (Monday, August 24), a motion was made and carried by the members of Tempe Republican Women to oppose the Charter Amendment that would allow for the creation of a publicly (i.e. taxpayer) financed election system in Tempe.

The clean elections measure was explained to the members by Political Education Chairman Darryl Jacobson-Barnes. The resolution is currently scheduled to be on the March 16 primary election ballot. To voice your opposition, email the city council and the mayor or leave them a message at 480.350.8110.

Tempe Republican Women was established in 1947 with the mission to Politically educate its members, the community and all voters; Increase the effectiveness of women in the cause of good government through active political participation; and, contribute to our community by supporting civic and charitable activities. Meetings are held on the fourth Monday of each month and are free and open to the public. For more information, visit temperw.org.